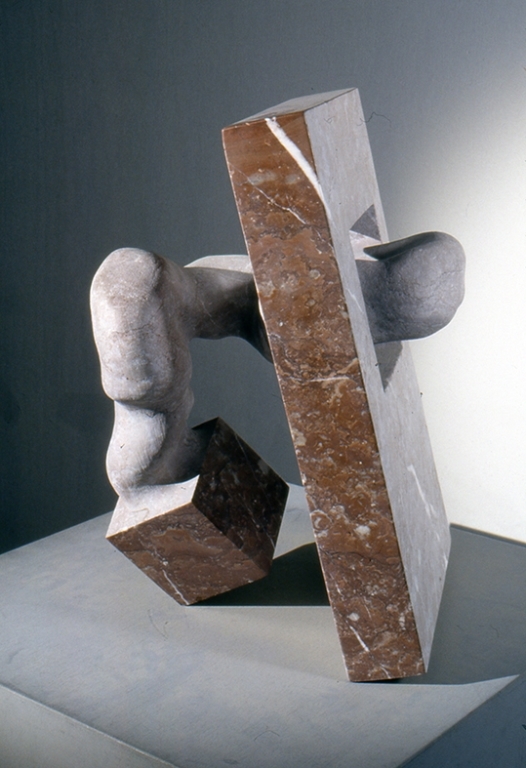 Artist
In real life, the known world is an authoritative wall. Fearful hearts line up defensive walls. Prejudice and narrow-mindedness erect discriminative walls. Within the wall, there is habit, safety, and freedom from being threatened. However, what does it look like outside the wall? The upright rectangular within the work symbolizes these invisible walls. And, the embedded stones retain the original texture of marble to serve as an incarnation of people, which are then connected to foot-pad like cubes. This is curiosity, imagination, and motivation for all inspiration. The artist attempts to awaken people’s deep desire to explore new knowledge and lay down the heavy burdens of their paranoia. This time, let the imagination and heart take over in a return to innocence and courage. Let’s look outside the wall!
Back TOP